Tini Sastra, the Relentless Advocate for Gender Justice and Diversity in Education

The alarming prevalence of gender-based violence in Indonesian universities was put under the spotlight in late 2021, following multiple media coverage based on the reports of survivors who came forward.

Minister of Education, Culture, Research and Technology Nadiem Makarim deemed the situation a “critical emergency”, stating a 2020 survey that showed 77 per cent of university lecturers believed sexual violence had taken place in their institutions. It became even more harrowing when 63 per cent of them did not report the cases they were aware of to campus officials, as reported by The Jakarta Globe.

Tini Sastra deals with such cases on a daily basis, being the Coordinator of the Education Division at the National Commission on Violence Against Women (Komnas Perempuan). Tini joined the state body after witnessing gender injustice cases at schools, such as the one where a dating violence survivor was expelled from school because she was pregnant.

“The rule did not apply to the perpetrator, a male student. Having pregnant students is seen as tarnishing the school’s reputation when, in fact, they are victims of violence. Victims deserve support and care instead of being blamed,” said Tini, an alumna of the Australia Awards Short Course on Leadership for Senior Multifaith Women Leaders.

Prior to joining the Women Commission, Tini was a member of the Jakarta-based organisation Women’s Solidarity for Human Rights in 2001, where she learned the complexity of gender issues such as women’s representation in politics, food sovereignty, and climate change impacts on women. She was appointed to the National Commission in 2012 and found a new passion for dealing with gender issues in education.

“Education is a strategic place to raise the young generation’s awareness from early on. When students are aware of the values of gender justice, hopefully, they will grow into adults with such perspective set in their minds,” said Tini.

One of the Commission’s programs is integrating human rights and gender values into the school curriculum. Among the division’s many achievements, Tini noted two that left a lasting mark on her.

First, when the Commission collaborated with Jakarta Education Agency and the Teachers Forum in 2017 to integrate human rights and gender values in the Lesson Plan on Civics, History, Islamic Studies and Counseling.

The second was a year later in 2018, when Tini and the team urged the Ministry of Religious Affairs to issue legal protection for survivors of sexual violence at Islamic University. Their hard work paid off: The Ministry issued Decree No. 5494/2019 on Handling and Prevention of Sexual Violence in Islamic Higher Education.

The Benefit of the Australia Awards Short Course

Set on her journey of raising awareness for gender justice in education institutions, Tini recognised the enormous influence of participating in the short course in Australia. Held at Deakin University in 2018, the course provided insights on the importance of being leaders and held visits to organisations initiated and run by women.

“I felt fortunate to meet the remarkable leaders of religious institutions and organisations. The course opened my eyes, especially to the difference between being leaders and managers,” she said.

“All this time, I thought the two were the same, but leaders must be visionary, resolute in decision-making, and dare to take risks to make necessary changes. Whereas a manager merely performs orders and is apprehensive in making changes.”

Coming from one of the most geographically and culturally diverse countries in the world, Tini said a lesson on diversity in the course also struck a note with her. She remembers the remark well: “Even though a country consists of various races, religions and languages, it does not necessarily uphold the values of diversity when its citizens do not respect and honour the diversity.”

“These lessons have influenced me greatly in my line of work, and I hold on dearly to them,” added Tini.

She also credited the short course for boosting her self-esteem, erasing the doubt in turning her ideas into reality.

“The course taught me that dreams won’t come true on their own, they need real action. That encouraged me to keep doing my advocating work in human rights and gender education,” Tini asserted.

With years of experience in working to eliminate violence against women, Tini found the biggest challenge comes from government officials or leaders who dismissed the importance of gender injustice in educational institutions.

“They claim that education [in the country] is already equal, saying that the number of female students is even greater than male students,” she said. “The way to deal with such statements is to present data that shows how most of the survivors of sexual violence in education institutions are girls. And that most of the time, the survivors are discriminated against, face bias, and ultimately lose their fundamental rights to education.”

According to Tini, a powerful method to push back that reasoning is to have institutionalised policies that act as guidelines on sexual violence in institutions.

“I am going forward with the belief that continuous effort to spread the values of gender justice and diversity will result in those values being embodied in every policy of this country,” she concluded. 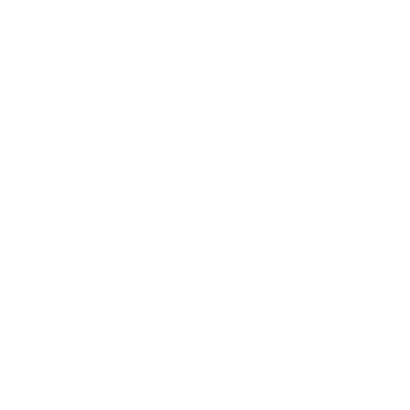 If you are an Indonesian civil servant working at the Ministry of Finance, have an interest in learn... Read More

Are you keen on continuing your education to a Masters or PhD in Australia with an Australia Awards... Read More

OzAlum Podcast Eps #15: Shedding Light on the Invisible: The Disabilities We Can't See

If you see someone using a wheelchair, wearing a hearing aid, or using other types of assistive devi... Read More